Home Blockchain Introduction to the Use of Blockchain Technology and Non-Fungible Token (NFT) in the Baliola NFT Marketplace to Gurat Institute
5   
August 25, 2021 By Ary Anila

Kepeng.io, DENPASAR – Blockchain technology originally emerged from the development of Bitcoin as a distributed and immutable ledger that is maintained and verified among a network of peers. Several industries have since explored the underlying peer-to-peer technology and its ability to create cost-effective and decentralized business networks.

Blockchain is a modification and conglomeration of existing technologies and concepts. A.A. “Ary” Anila Kusuma Wardani, in his presentation to Gurat Institut Bali, explained, “In the blockchain, there is a permissionless or public mechanism, any agent can participate and send transactions while maintaining his identity anonymously. Permissionless blockchains often include embedded native cryptocurrency consensus mechanisms and “proof of work” (PoW).” Ary explained, Permitted blockchains like Hyperledger Fabric requires an additional layer of authentication to run between a set of identified participants. It offers security to a group of entities that do not fully trust each other but wish to achieve a common goal such as exchanging information or goods.

Since Blockchain data is used for cryptographic assets, Ary then explained that cryptographic assets can vary in terms of fungibility or non-fungibility. Functionality is a token characteristic that determines whether items or quantities of the same type can be fully exchanged during exchange or utility. Meanwhile, a non-fungible token (NFT) is a cryptographically unique token, it cannot be replicated. This is in contrast to fungible tokens which can be replaced with other things in the real world such as currency or shares which can be split and exchanged. A limitation of exchangeable tokens is that many valuable things, such as works of art or real estate, cannot be shared and exchanged. “Therefore, non-exchangeable tokens offer an improved system for recording and tracking ownership of unique assets. Co-ownership with relevant information can be recorded and permanently stored on the blockchain,” said Ary.

Based on this, Kepeng Indonesia wants to introduce a project using blockchain and NFT technology, known as Baliola.com. Baliola is the first NFT Marketplace in Bali, with the aim of providing a platform for artists in Bali to showcase their work. Ary continued, due to the non-exchangeable nature of assets such as fine arts and real estate, Baliola developed the system accordingly. The non-exchangeable tokens in relation to these objects then become a unique investment because they are tied to a physical object and ownership of the asset cannot be falsified once it is entered into the blockchain.

NFT Marketplace Baliola uses blockchain technology as the basis for its website. The advantage of blockchain as it is known is that it is a decentralized system. By linking blockchain to art and other creative works, NFT is bringing the objectivity of computer code to a field renowned for its subjectivity. Artists, writers, and musicians struggle to find an audience and make a living. Curators, dealers, collectors, and art historians bicker endlessly about the quality and value, and authenticity of a masterpiece. So the blockchain technology, it will answer these frequently asked questions. The core feature of blockchain technology is ‘immutability’, meaning that all recorded transactions are permanent and transparent, which means that every purchase or sale of NFT is publicly viewable.

Similar to that explanation, Baliola is here as a place for artists to put their work as a belief. We have various advantages from Baliola, namely that we participate in fighting for the rights of artistic works that are legally recognized by legal entities. With validation and certification, each work will be minted into an NFT, the proof of ownership will be clearly visible, and every transaction will be accepted and recorded permanently by the blockchain network. Another plus is that there is a royalty system for selling artwork. Ary gave an example that for example, someone buys work for 10 dollars to the owner of the work (creator), then he resells the work to someone else for 100 dollars, then a royalty of (5/10/15) percent of the sale will go into the creator’s income. “Well, the royalty percentage is directly determined by the creator of the artwork first, with a maximum amount of 15%,” said Ary.

In addition to the NFT process and the use of Blockchain technology in the transaction process, another advantage offered by Baliola is its global market share system. The Baliola market is the community or collectors who are abroad, especially those from the partner country of Denpasar City. With this, it is hoped that the artists in Bali will be more enthusiastic in making their art. Because Baliola will help provide a platform for their work to show up to the global community. “Hopefully, with this Baliola, artists can see new opportunities and hopes to introduce their work widely, and get copyrights and royalties as a form of additional income (passive income) for themselves,” concluded Ary. 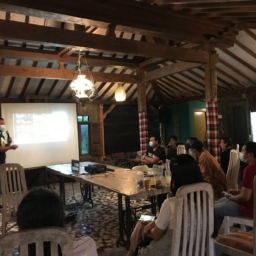 Introduction of Baliola Marketplace as an NFT Marketplace in Fighting for Artwork Rights in Bali with Tabanan Hub
August 12, 2021 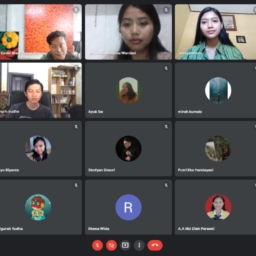 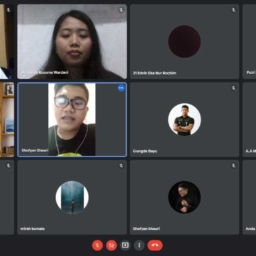